Lately, I’ve taken quite an interest in human behavior. I’ve always enjoyed learning what made people tick but since I began studying anthropology, my interest has favored more towards body language and other means of social interaction. It’s quite surprising to think about the number of ways we unconsciously communicate our thoughts, feelings, opinions, beliefs, and perspectives without even knowing it.

Nonverbal cues make up 90% of human communication. That’s unbelievable! What’s more is that most people do not even know what it is that they are communicating; let alone how to interpret nonverbal cues from other people. Why is it that some people exude confidence while others melt into the crowd? Why are some shorter people so much more intimidating than taller people, whilst in the midst of an argument? Why do we sometimes feel as though we’re floundering in a society that we do not understand – with all of these miscommunications and misinterpretations? It is questions like these that I set out to answer.

Learning to notice, and understand nonverbal communication is essential in plenty of circumstances ranging from dating and romantic relationships to job interviews and business relationships. These seem to be the most important times that it is particularly helpful to know how you’re communicating with your body, and how receptive other people are to your cues.

So I thought to myself: “What are the first things that I notice about other people?” The answers that I came up with, and that were supplemented by my readings, are going to be what I focus on for the remainder of this piece.

“Stand tall and the world stands with you; slouch and you slump alone.”
-Shelly Hagen

Whether a person stands tall or slouches is something that most people immediately take notice of and posture unconsciously tells us a lot of things.

Slouching is not only bad for your physical body – creating aches and pains in the back, headaches and strained muscles in the neck – it is also bad for your image. Whether you’re trying to get the attention of a romantic interest or trying to score that promotion, your posture plays a significant role in how others view your attitude and other competencies. Even if you’re a little on the short side (like myself), that doesn’t mean you have to look timid. Good posture screams confidence.

Best posture for most confidence:

Handshakes are usually the first impression you give someone upon meeting them. Having a good grip is a sign of confidence, power and wisdom, whereas a “fishy”, weak grip shows insecurity and fear. Another component of this form of communication that people don’t often think about is the placement of the palm:

So how long should a handshake be?

This is a common question and everybody has their own, comfortable duration before he or she begins feeling like they are holding someone’s hand unnecessarily. Generally, it is acceptable to have between three and five “pumps” (up-down motions) before withdrawing. The exception, of course, is when you’re shaking the hand of a superior – in this case, wait until the other person has begun to retract their hand, as a sign of respect.

A few other things to note about handshakes: clasping the shoulder or elbow during a handshake is a friendly gesture that implies the general happiness and good will of the person. If you’re happy to see them, this is a good gesture to articulate that message. However, if you’ve just shaken hands with someone as a parting and they follow you out while placing a hand on your shoulder; this gesture is condescending and shows that this person feels superior somehow. A good way of avoiding this is simply to step out of reach – you will no longer be feeding his or her ego by allowing the gesture.

We’ve all met those people that talk with their hands, sometimes in excess. This is completely acceptable, so long as you understand what it is that you’re communicating by doing so. The placement of your hands, much like in handshakes, is equally important in everyday conversations. Politicians even undergo training in controlling their hands so as not having conflicting verbal and nonverbal communication (that doesn’t mean politicians are honest, it just helps make them better at concealing when their lying).

Palms up, once again communicates an open mind or peacemaker. You are accepting to other people and ideas. Much like palms down, still has negative connotations including the typical “Talk to the hand”. Orienting your palms inward is friendly and inviting, while the reverse shows that you are firm in what you’re saying (especially if your fingers are close together). Palms down but with spread fingers shows that although you may be firm in your words, you are open to the opinion of others.

Pointing or poking your finger at someone is always a signal of disapproval or hostility. Fists tend to have similar implications (unless in a joking manner of course, but that is contextual) and are also used to communicate power and intimidation. Crossing your arms or legs is seen as a way of protecting the self or of hiding information, while keeping your hands in your pockets is like screaming “You won’t believe the secret that I have!” Having both hands placed in front of you, on a table for example, shows that you have nothing to hide and patting gestures are, as suspected, construed as sympathetic.

Keep your head up

The angle of your head says a lot about your confidence and your interest in any particular conversation. Typically, people that stare at the ground are seen as having a grim view of the world while people that keep their eyes and chins level to the ground are optimistic in their perspectives. Angling the head slightly to the side shows that you are listening and is sometimes a sign of sympathy. Tilting the ear toward someone while they’re speaking says “I don’t want to miss a word!”

We often think of people as stuck up or arrogant when their head is tilted back so if you want to appear down-to-earth and friendly try to keep your head level with the ground to show you’re confident but throw in a few head tilts every now and again to communicate you aren’t conceited. Try focusing your eyes straight forward (not down) and broadening your shoulders, as well.

Caution: Guys, sometimes girls will position their chins downward and peer up at you with a smile. This is flirtatious while also having the effect of looking innocent.

Angles – Who knew math was important in communication?

The angle of your body is key in showing you’re interested. Angling toward someone implies interest while angling away shows disinterest. Even where your feet are pointing tells people how you really feel about the conversation.

Keep in mind that how high or low you are in relation to the person you’re conversing with is also important. The higher you are above someone, the more they have to look up. You’re orientation above them makes you superior, and forces them into a more submissive position by having to look up at you. Although this may be helpful in an argument, try to keep as level as possible in ordinary circumstances.

Human beings have a lot of filters that alter how we view people. Even though plenty of people boast about not judging people on their exterior appearance, it is near impossible for that sentiment to actually come to fruition. Biologically, we understand attractiveness in a particular way: “relatively youthful, symmetrical faces without obvious flaws” equate to the embodiment of modern beauty. We do not realize this to be the case, but it is an unconscious pattern that we look for in every single face that we see. However, there are ways to ensure our personalities also influence even the most biological instincts. Exuding an air of confidence is attractive just the same as being a good listener is a positive trait. By understanding how we are using our bodies to communicate with other people, we can also understand how other people are nonverbally communicating with us.

So stop with those nervous self-assuring gestures. There isn’t any need to rub your arms or face, dig your nails into your appendages, or stand hugging yourself into asphyxiation. Stop tapping you fingers while talking to someone and un-prop your head from your hands. Connecting, creating and maintaining personal or business relationships boils down to how effective you are at conveying what you really mean, without all of the misinterpretations and miscommunications: If only 10% of communication is done verbally, how well are you connecting? 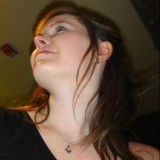 Amanda's favorite phrase is Hakuna Matata , as she believes there is nothing in life that cannot be overcome or attained with a little hard work. People are their own worst enemy and life is best lived with a smile. Dancing, rock climbing and primates are her primary loves alongside reading and photography.

16 replies on “5 Classic Body Language Tips (Are You Forgetting These?)”

Nice article, I’ll try to use these tips to improve my communication. I think that the idea of keeping head up is for sure essential in non-verbal communications, It revels our interest and intentions.

Thanks for commenting, Arthur!
I definitely agree with you 🙂

Thanks for commenting Arthur. Glad you enjoyed it 🙂

Thank you very much for this article.
It would be going to help me.
Regards

I’m glad it helped you out Kapil. What’s one part of your body language you could work on for the next week as a goal?

When you make eye contact with people, shoot them a smile. That’s one of the tricks I’ve used that has helped a lot!

But smile without a reason?
I don’t understand.

Not for no reason! You want to identify with smiling as sending out good vibes. So for me, when I’m walking down the street and I get eye contact with someone, I want to make them feel GOOD, so I send them good vibes, which a smile can do.

Think about it, if you were walking down the street and someone flashed you a smile, it would make you feel good right? Smiling is a reflection of positive energy, so by smiling you can share that with others. I smile because I want to share the good vibes.

I got it CAM.
Thank you so much for your time that you have spent in replying my questions.
It’s so nice to have a mentor like you.
Looking forward for your upcoming articles.
Regards.

AWesome. Happy to hear you’ve got it down. Check out our newest article: http://kingpinlifestyle.com/how-cam-hustled-to-get-accepted-early-into-the-foundation/

Also, feel free to hit me up anytime. I’m happy to help.

@ Calvin – Good to hear from you homie. Hope all is well.

[…] believe this website, Kingpin Social, exemplifies our fetish for nonverbal […]

[…] Timmins, A n.d., 5 Classic Body Language Tips (Are You Forgetting These?), viewed 20 May 2015, http://kingpinlifestyle.com/5-classic-body-language-tips-are-you-forgetting-these/ […]