Ideas run rampant in each individual mind that inhabits this planet. Each individual being in this world has their own mind, completely different from any other person. It is said that “everyone is unique,” but what is it that makes them unique? There’s a few major factors that make each person unique; individual upbringing, daily rituals and the people they hold close to them.

The development of an idea comes from understanding the power of your own mind. The power of your mind is as strong as the power of my mind, and vice versa. You must first believe that your mind is powerful, that your mind is limitless, before you can develop ideas. What is an idea? An idea to me is different than an idea to you, and an idea starts with a thought. An idea only becomes an idea when it is communicated to another human being, to a piece of paper, to a guitar. An idea is the minds interpretation of anything it looks at.

A thought is an idea; however it only becomes an idea once it is communicated. The thing about ideas, and our minds, is that our minds are literally limitless in the potential they possess. With that in mind, millions of thoughts run through our mind each and every day. What separates a successful individual from one who gets stuck in the system society provides is the COMMUNICATION OF IDEAS, and the DEVELOPMENT OF IDEAS. Why is the communication of ideas so important? One must always be learning. If MY IDEA is different than YOUR IDEA, than you must communicate your idea to me so that I can put my perspective on your idea so that you can understand it. See, I can tell you my idea, and you might be like “yeah brian, that sounds right!” However in order to UNDERSTAND my idea, instead of just reading it, you must communicate your idea with mine so that we can level and find the best idea to better BOTH of our situations. It is not just ONE that benefits from the development of an idea, the one sharing the idea, it is BOTH parties because an idea communicated from ME to YOU opens up pathways in your brain that you didn’t know existed because of our limited perception. YOU do the same to ME by sharing your ideas with me.

NO IDEA IS STUPID

Because each idea is simply perception. What is my idea vs. your idea? My thought vs. your thought, which comes based on my perception vs. your perception. However they are not fighting each other; thus, there is no right or wrong. When you remove the EGO from the development of ideas, all you have are clear, concise communication paths between intellectual minds. Every individual’s mind in this world is intellectual, some just have easier access to the intellectual part of their mind by removing their ego.

Ego limits your perception because the ego is always out for what IT THINKS IS BEST. If you are to always think that your perception is the right perception; this is egoic behavior and you will never learn from developing ideas. The reason it is so important to be aware of your ego at all times is the ego tells you SOMEONE ELSE IS  WRONG, and that YOU ARE RIGHT, which limits your ability to learn. If someone else has a perception that can make you a better person, however your ego does not permit your brain to learn from someone else’s perception, you will not grow.

DEVELOPING IDEAS IS BETTERING YOURSELF

The development of ideas is all about making yourself a better person. What is a better person? A better person to me, is going to be a better person to you, however we can all become better people in our own right. Ideas are universal, and ideas are relative, that is why no idea is right or is wrong. It just is, and in order to get the best understanding of that which IS, we must have multiple perceptions on what it is. If a homicide is to happen in the middle of a playground and there are multiple witnesses, are the authorities to interview just ONE of those witnesses? No, the authorities will interview as MANY witnesses as possible to get multiple perceptions on what has happened, in order to get the best understanding out of the situation. The same holds true with the development of an idea. An idea does not become right or wrong based on perception, it just becomes more DIVERSE.

1.      Ideas are thoughts, until communicated to the world. There are multiple ways to communicate; writing, speaking, playing an instrument. The possibilities are endless.

2.      No idea is right, and no idea is wrong. It is just my perception vs. your perception. If we choose to use our perceptions together on ONE thing, we develop an idea.

3.      The ego is your limitation. The ego does not listen to outside influences telling it can do BETTER, because the ego is always right. No one is right, thus the ego must be removed from the equation to develop ideas.

4.      Developing ideas is about bettering yourself. If you are not interested in becoming a better person; whether that be with work, with school, with your passion, developing ideas is useless. Keep doing what you’ve always been doing.

Kingpin Social hosts something we like to call Ideas Developing Ideas. In this session, we cover your ideas, our ideas, and we share our different, diverse, intelligent perspective on our different ideas in order to make them more effective and efficient. If this is something you’d be interested in, get in contact with us. It happens once a week, and one session has the power to change your life. You, participating, may have the power to change my life. Become a better person by developing some of YOUR ideas, and help us develop some of ours. 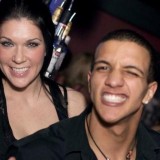 One reply on “The Ultimate Weapon for Success”

[…] beyond hard work, especially when it’s not producing the desired outcome, you have a weapon. This weapon can break all barriers and strongholds, and it is all yours. You have it, you know you […]