So ladies picture this: you are walking in to this nice venue on your first date with a great looking guy, who seems to have his shit together and to top it off you guys are starting to click. You anticipated this moment for the past few hours while getting ready. You bought this really great dress, shoes and earrings strictly for that evening and maybe even splurged on a Brazilian blow-out for the occasion. You feel fantastic and put in a lot of effort of making a first impression. As he opens the door for you, you start to make small talk and once silence starts to settle in you look down. You zero in on his grungy sneakers that are underneath his nice pair of dress pants. ‘WTF?’

Take care of yourself

I was having a conversation with a girlfriend of mine on different blog ideas that I could talk about, strictly to first dates. She brought up how she judged guys on the basis of their shoes, and I realized I did the same thing! Hilarious!  I was instantly intrigued by this concept.

Flashback time! I went on a date with this really great guy to the jubilee two years ago and he was in nice proper attire for the occasion but he was wearing these grungy running ‘sneaks.’ I was fixated on the fact that this guy who makes more than a decent wage was wearing these really crummy shoes to such a nice event and more importantly on a first date where you want to present yourself in the best way possible. My first thought? He’s cheap and refuses to buy new shoes, he doesn’t care about how he will come across to me, or he must not take care of himself.

I instantly zeroed in on his shoes and started to think that it represented a piece of him, and that piece of him I was instantly un-attracted to. They were grimy, worn out and extremely old.  It may sound extremely shallow on the surface but shoes are a great indicator of how much a guy really takes care of him-self. It’s something that is small enough that you can get an idea of what kind of guy he is, and big enough that he shouldn’t be ignorant to how he wants to present himself. If you don’t care about taking care of the little things, like your shoes, we begin to think of what else you don’t care about. Girls read in to things (guys do too.) I dated a guy who’s friends said they could tell a lot about a girls hygiene by the state of their feet. Which definitely encourages me to get pedicures!

Think about this: Why do girls like guys who have six-packs? Besides the fact that they are nice to look at, it represents that the guy actually gives a shit and will put in the time to be the best he can be. Being with a guy who has a six pack doesn’t really give us any value, it’s just an indicator that he is more likely to have his life together and actually cares.

A guy who knows how to take care of himself is attractive, because we then know that he can take care of the women in his life. It’s not that we all want to be passive trophy-wives- It’s ingrained in to our DNA structure. Women want their men to be the provider, the hunter, the dominant, bearded fellow who rips apart raw meat with his fangs…er, sorta. You get the idea though. The more “manly” the guy gets, the more we are naturally attracted to him.

So some of the guys may be thinking… “So wouldn’t she think I am a bit femme if I have super nice shoes?” Yes and no. I am not talking about going out and buying Prada shoes to go with your MANicure. I am talking about putting on some shoes, whatever style, that are clean and aren’t falling apart. I myself like dress shoes, slip-ons, flip-slops, hiking boots, skaters, basketball shoes, etc. If I am out with you I probably already ‘get’ your style and I like it, so it’s not the kind, but the state they are in. You worked really hard to get her on a date, so dont fuck it up by not being presentable.  If you look put together, she will think you have your shit together. Simple as that.

Soooooo… any one down for some shoe-shopping? 😉 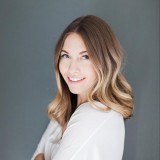 5 replies on “The LITTLE things make a BIG difference.”

I 100% agree because it goes the other way too, and unfortunately I am a huge culprit of this. Once or twice I had girls wearing footwear that was completely incongruent to their dress+personality (like 5 year old, dirty converse all-stars) and it just killed the attraction for me.

I would note that while shoes are not the be-all end-all, they are (as you mentioned) a very symbolic representational system of how people take care of themselves.

Thanks Shark 🙂 Glad you liked the post. I agree, It can definitely work both ways!

LOVE this post! Dave and Myke both know how much I appreciate sneakers and judge guys on them. I’m not saying that guys who don’t wear crazy sneakers aren’t cool, but they’re not my type (I have lots of friends who don’t understand my love of footwear.) Luckily for me, my boyfriend loves shoes too!

I remember seeing those in your shoe closet! Super hot!

Love the post cause it’s so true! It takes the same effort to put on a nice pair of shoes and a pair that’s on it’s last step. It’s the little things that add up to complete the big picture!