This Guest Post is written by Ryan from DonJuanInc. He runs a dating consulting company, and specializes in taking casual relationships to the next level.

An important topic that doesn’t seem to receive much attention is how to move from casual dating to a serious, long term relationship. Articles on everything from approaching women to developing a great sense of style are everywhere, but quality advice on how to elevate your relationship to something more serious is hard to find.

Most relationships progress in a very similar way: you meet a girl; you go on your first date. If it goes well you take her out a few more times, and somewhere in there you have sex. If you continue this pattern of dating once or twice week, having sex, and the occasional sleepover, eventually she’ll either ask you to get serious with her, or she’ll get bored and move on to another guy.

This article assumes you want to get serious with a girl you’re seeing, but aren’t sure how to make it happen. But before I get to that, it’s important to understand that my advice will be useless unless you’re ready to be in a long term relationship. Talking about how to develop yourself to the point where you’re ready for a long term relationship could fill an entire book (which I’m writing), but there are three easy things you can do that will drastically improve your chances of having a happy, healthy relationship.

1. Do Everything you Want to Do That Might Interfere with or Ruin a Long Term Commitment.

2. Discover your Passions and Pursue them

A passionate man is an attractive man. If you have no passions in life, no desires, no hobbies, not only will you seem one dimensional, but you will lack that sense of confidence and fulfillment a man has when he’s doing what he loves. If you aren’t fulfilled by your sense of passion and purpose in life, you will try to use women to fill that void. You will become dependent, needy, and emotionally off balance, none of which are attractive qualities.

3. Develop a Balanced Lifestyle and Stick to it.

Happy, successful people are balanced people; they have a great sense of how to maintain different areas of their life. Develop a healthy, balanced routine of maintaining yourself physically, socially, mentally, and emotionally, and don’t let a woman pull you away from that. If you have Muay Thai class on Wednesday nights and poker with the boys on Mondays, a relationship shouldn’t interfere with those things. If you stop taking care of yourself and neglect your lifestyle, your relationship will suffer.
The majority of work needed to ensure a happy, healthy relationship happens before you even meet the woman; once you develop your ideal lifestyle it’s a matter of putting yourself out there and finding a solid lady.

Getting serious doesn’t involve some secret peyote fuelled desert ritual, just clear intent and action on your part. As the nights out get less frequent and you spend more time just doing whatever enjoying each other’s company, you’ll hit certain milestones that might warrant a conversation. These are nothing beyond common sense. When your relationship gets to the point where you want to be exclusive (no set time limit, it’s a personal choice) just talk to her and let her know you really like her and want to be exclusive with her. As sleep overs become more common, let her know you enjoy her spending the night and it’s cool with you if she leaves some stuff at your house. The big problems associated with getting serious don’t come from transitioning itself, but rather mistakes guys make in the process.

You never know who you might end up dating, so make sure your best self is always out there. Your behaviour early in a relationship is massively important because women develop their sense of how you react to different situations as they get to know you. Once this initial concept has been formed it’s very difficult to change; think of it like a longer version of a first impression. It doesn’t matter that you rarely lie and don’t put up with drama if you lied about your job to sleep with her and the first time she acted up you tolerated it. In her eyes, you’re untrustworthy and a pushover.

Establish what you want early. Some people want no strings attached fun while others are interested in relationships; it’s all good as long as both people have a clear understanding of the other’s expectations so no one gets hurt. If you’re dating or sleeping with multiple women at the same time, it’s a good idea to make sure each woman is cool with being non-exclusive. The best time to ask this is right after you make plans for the first time. Say something like “Awesome, sounds good. Hey, just so you know, I am dating other people right now and although I’m not serious with anyone, I just want to make sure we’re on the same page.” Most girls won’t have a problem with it until you sleep together, and even then it usually isn’t a big deal.

Set your boundaries and stick to them. It’s tempting to put up with shit to keep easy sex on tap, but if you let your woman get away with being a bitch it only leads to bad things. Arguing now and then is normal and even healthy, but know when to call it quits. (Cam: Make sure you have solid boundaries set, with pre-determined consequences if they are broken. Check out this video I did on the topic.) Some big red flags include guilt tripping you about hanging out with your friends, mysterious emergency situations happening every time you go out, mistreating or lying to her friends or family, and not having her own social circle or interests separate from your own.

1. Be ready for a long-term relationship. Develop your lifestyle and be happy with who you are and where you’re at in life.

3. Establish your boundaries early and stick to your routines. Relationships don’t need to cut into daily workouts or time with your buds.

4. If she shows psycho behaviour, she’s probably psycho. Don’t be afraid to cut your losses and move on, there are lots of girls out there.

More articles by Ryan can be found on his blog. You can also check out the video below, which is a 30 minute talk Ryan did recently on Relationships. 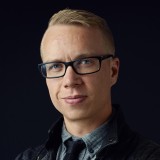 5 replies on “Guest Post: Transitioning from Casual to Serious Relationships”

I got boundaries, some are black & white and some are case by case, like everyone else!
Do you want me to write (some) of them out (On your blog)? Or is it as long I am sticking to them its all good?

the biggest thing is writing them down so that YOU have a log of them. because you can say you have boundaries, but until they’re written on a list you have nothing to make sure you’re kept accountable.

That’s what I thought at first! I appreciate your feed back on my debatable question in my head! Cheers!

No worries mango! Any questions you have, feel free to ask. You can send us an email, or ask us where the forums are. Our insight is at your request 🙂

Every relationship and marriage has its share of troubles, but some “rough patches” seem to last longer than others. Have you or your mate found yourselves: My name is Theresa Davis, I have passed through emotional hurdles which was the reason i came in contact with the prophet of Lord Krishna from India. The below list

are to mentioned but few of what Prophet Patel is Capable of doing for you. If only you will obey and follow instruction with your heart. I know a host of others would

or might be having the same experience and do not know how to go about it.

– Control your future and change your destiny for the better
– Bring back lost lover, even if lost for a long time
– Get promotion you have desired for a long time at place of work or in your career.
– Find out why you are not progressing in life and the solution
– Ensure excellent school grades even for children with mental disabilities
– Stop your marriage/Engagement or relationship from breaking up
– Get married to the man of your choice or make Him propose to you.
– Ensure success in work and business
– Can’t sleep at night? Get it solved and have a sound sleep like a new born baby
– Bring supernatural luck into your life
-Have you been Loving with all your heart and get nothing in return?
-Financial abundance? Get it without side effect or future effect.

If you find yourself in any of the above listed category hurry and email him at lordkrishnanspell@gmail.com and tell him what you want.